Long referred to as the sleeping giant of Islamic finance, Indonesia is asleep no more and is blazing the trail for Shariah compliant finance and economy.

The world’s most populous Muslim nation is aggressively harnessing its latent potential, with an impressive top-down approach rivaling the most sophisticated Islamic finance markets, mobilizing resources at a rate not seen anywhere else. With the President of the Republic at the helm of the National Islamic Finance Committee, numerous new policies and measures have been introduced to catapult itself to become a global center for Islamic finance and Halal economy.

Armed with a clear vision, robust measures, detailed multi-pronged and comprehensive Islamic economic masterplan, Indonesia has catapulted itself to the global stage with significant progress, and it has only touched the tip of the iceberg.

The introduction of pioneering instruments such as cash Waqf Sukuk and digital retail Sukuk as well as the tripartite merger of state-owned banks which culminated in an Islamic megabank, Bank Syariah Indonesia, are a few examples of how the Republic is breaking barriers to take its place on the global Islamic finance stage.

After 14 years of hosting the IFN Indonesia Forum, IFN is excited to bring the exalted IFN Dialogues Series to Jakarta in 2023. The high-level IFN Indonesia Dialogues will adopt a targeted approach to identify gaps and opportunities in the market to determine best way forward for Indonesia to further internationalize its capabilities with the help of local leaders and international experts.

The panel discussion on Islamic sustainable and responsible investing brought together a good blend of stakeholders from various aspects of the industry including Islamic finance, sustainable investing, ESG advisory, insurance, banking, legal and projects. This made the discussion very interesting and insightful, bringing different perspectives to the table.

This prestigious event carried out interesting discussions on the Islamic finance landscape in Saudi Arabia and provided business networking opportunities for industry stakeholders. The analytical insights shared by the panelists into the development, growth and challenges of its constituent sectors, including Islamic banking, Islamic capital markets, Waqf and Islamic fintech are thought-provoking. I congratulate the organizers for successfully hosting this event in the globally largest Islamic finance industry by asset size.

We enjoyed participation from lawyers, bankers, regulators and clients at IFN Dialogue Riyadh. The quality was impressive, thanks to the good reputation and skills of the organizers. Over time, these events make a difference; our industry adapts and changes because our professional community stays more coherent because of these events.

IFN has done it again. Getting together Islamic finance influencers to assure the free flow of ideas and information. This is how innovations in our field are born. Bringing in the financiers from GCC, Europe and Southeast Asia is a great recipe for the effective distribution of intellectual products. Kudos to the organizers for a perfectly assembled event

We were delighted to be back in the conference rooms in 2022 following a near two-year hiatus, and it seems you were too.

We saw capacity audiences for the UK, Asia and Islamic Sustainable Finance & Investment Forums, and strong numbers everywhere else. We believe 2023 will surpass pre-pandemic numbers in all our core markets.

We have also learned much this past year and will implement the following:

We are excited for the new year and look forward to welcoming you to our events and assisting in the continued global growth of the Islamic financial markets.

Launched in April 2021, Redmoney Consulting is a new and highly focused advisory firm focusing on global Islamic, Ethical, Responsible and Sustainable Finance. Redmoney Consulting is a logical extension of REDmoney Group, the Islamic finance industry’s leading media house with a truly global audience. In addition to Islamic finance, the Group has steadily increased its coverage of the green and sustainable finance sector as the two markets continue to converge. Redmoney Consulting provides an expansive service allowing its consultants to provide advisory and consulting services at the highest level for the most discerning of clients. 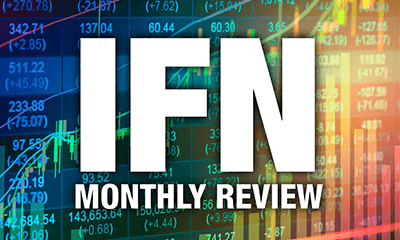 As the year comes to a close, we see some new entrants in the global Islamic fintech landscape, including a...

One of the top Islamic finance jurisdictions in the world, Indonesia enjoys strong support from its leadership…

Indonesia partners with Malaysia and the UK to boost Takaful sector

Asosiasi Asuransi Syariah Indonesia (AASI), or the Indonesian Shariah insurance association, will be signing an MoU with…

This was the IFN 14th IFN Indonesia Forum.

Leveraging on our strong Indonesian ties and firm regulatory support built over a decade, the IFN Indonesia Forum was a high-level congregation of international and local stakeholders tackling the most pressing issues of Shariah finance through engaging discussions.

There was no denying Indonesia’s Islamic finance potential. The opportunities its 225 million-strong Muslim population – the largest in the world – created along with the Republic’s strong Shariah affinity were immense. Walking the talk, the Indonesian government had effectively mobilized resources, including a raft of regulations, to propel itself to become a global hub for the Halal economy and Islamic finance.

Armed with a clear vision, robust measures, detailed multi-pronged and comprehensive Halal economy masterplan, Indonesia had catapulted itself to the global stage with significant progress, and it had only touched the tip of the iceberg. The economic giant continued to harness its latent Islamic finance potential and the prospects were brighter than ever.

REDmoney events designs, organizes and hosts industry-leading conferences, forums, roadshows, seminars and dialogues focusing on the Islamic financial markets across a global, regional and national level. Leveraging an exceptional network of the industry’s elite and supported by the expertise of the REDmoney publishing and seminars divisions, REDmoney Events are able to provide access to a unique array of influential speakers, panelists and participants from a cross-section of the global industry to debate the most significant issues affecting the Shariah compliant financial markets.

REDmoney events are differentiated by their complimentary yet qualified attendance structure, ensuring the highest quality of both delegates and contributors. Comprehensive and cutting-edge, attendance ensures exclusive access to the leaders in their field across all sectors and markets.

TThe annual IFN Asia and IFN UK Forums are categorically recognized as their continent’s leading industry events since their inception in 2006 and 2007 respectively. The Dialogues series has also become an integral element of the REDmoney events series and have cemented their position as leading, must-attend, events. In 2022, we introduced the Islamic Sustainable Finance & Investment Forum, which was an enormous success, and will become a mainstay.

Our team will be glad to answer any questions you may have about this event.